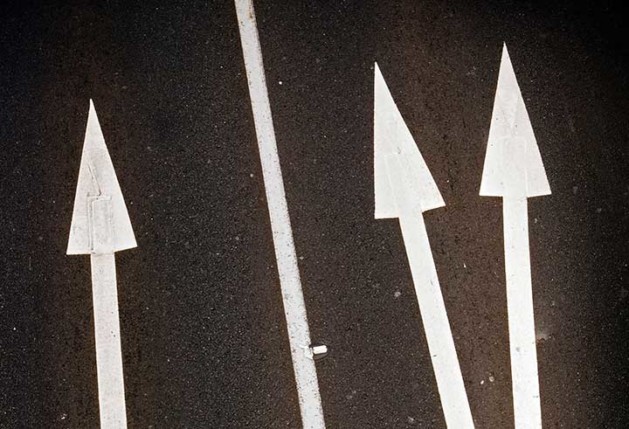 “Should I go iStock exclusive or not?”

That must be one of the most common questions asked in the world of selling stock media. But why? First, a brief history on it.

iStock Exclusive Or Not? When It Made Sense.

Wind the clock back to 2008 for example. Imagine you are starting fresh in selling your photos or vectors.

Before you could even get started with your first sales, you had an important decision to make that would shape your entire view of selling microstock. It boiled down to this – exclusivity vs non-exclusive. And pretty much the only agency that made sense to consider for exclusivity was iStock.

There is no doubt that iStock (now officially named ‘iStock by Getty Images', formerly known as ‘iStockPhoto') has earned its contributors some serious cash over the years. Especially the iStock exclusive contributors.

In fact, for many years it made good financial sense to stick all your eggs in one basket and become an iStock exclusive illustrator or photographer. Exclusive artists were earning high commissions, getting search ranking boosts and selling huge amounts of images.

Another big plus was you only had to deal with one agency. That meant only one set of standards to learn. One company to keep up with. One way of thinking to perfect.

But, in the world of microstock, times aren't what they used to be.

Does It Make Sense To Be iStock Exclusive In 2018?

While iStock still ranks in the top earners for a few, it's sales have massively declined for many exclusive artists. This is scary when they are your only source of income from microstock. There are many reasons for this apparent decline.

For a number of years the website had a huge list of bugs, glitches and errors that affected both buyers and contributors. They were almost entirely unaddressed despite repeated calls from the vocal contributor base.

The buyout by Getty didn't help.

Getty hasn't had the best history of looking after its contributors. In fact, it pays one of the lowest royalty rates in the industry (non-exclusives at iStock earn a tiny 15%).

Also, competition became fiercer than ever and Shutterstock gained more market share by the day. Add to that the complicated RC system that left more artists on reduced commissions and you begin to see why many started to question the benefits of staying exclusive at iStock.

Exclusive artists can do little to improve matters, other than continue to upload new content and hope that things improve.

Thus many exclusive illustrators and photographers at iStock are faced with a big decision. Essentially the same big decision as when they probably started selling microstock – should I leave iStock exclusivity and become an independent microstock artist?

The answer most likely is yes – go independent.

2013 was the year when the mass exodus of exclusives from iStock began. If you have hung on until now, it's still not too late to go it alone. But what are the factors to consider if contemplating leaving as an iStock exclusive? As for the third point, taking a hit in earnings, 12 months seems to be the time-frame that a few former exclusives have thrown around as being the point where you start recovering your earnings (and perhaps surpassing what you made at iStock). But that will vary with each persons portfolio quality, content and speciality, as well as whether you are a stock illustrator or photographer (or video for that matter).

In the end, what it really comes down to is that no-one else can make your decision for you. You can read endless forum threads or blog posts about the subject and you will see some that it worked for (the majority), and others who regret the move (harder to find).

It's a gamble, just like going exclusive in the first place was. The best advice would boil down to doing the math as best you can, and then taking a chance either way.

I'm quitting as an iStock Exclusive – What now?

So let's say you've made up your mind, and have decided to leave as an exclusive. What should you begin doing immediately? Join the best sites and start uploading right now.

Some sites, like Shutterstock, allow you to get your content online without having it go live to the public, then flick a switch and have it activated immediately. This is perfect for an exclusive artist who doesn't want any downtime between the move.

As for what microstock agencies to join, you would do well to look at our Best Microstock Agency list and try as many as you can. Different ones work better with different portfolios.

In summary, does it make sense to be iStock exclusive in 2018? From our perspective, almost certainly not. But you also don't have to leave them entirely. Staying on as an independent might be a good move (you can read our general iStock Contributor Review) to continue having them as an income stream.

Leaving behind iStock as an exclusive artist may be hard if you've been with them a long time. But it may just be the right move. Reapply yourself to learn how the other agencies work and get uploading. You may be pleasantly surprised by the results.

See All Our Recommended Agencies

Want to join the discussion?
Feel free to contribute!